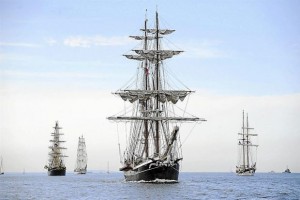 This view concurs with Asian historian Wang Gung-wu’s perceptive insight that the West developed maritime and today air and cyberspace technology and power, whereas China remains essentially a continental or land-based power. Geography does shape behaviour and perception.

Personally, I am less persuaded by what caused nations to fail than what caused them to succeed, and not just succeed for a few decades, but remain relevant for centuries.

Most people forget that the first modern economy in the world was not Portugal or Spain, or England, but Holland. Even though the Portuguese and Spaniards opened up the maritime routes to America and the Spice Islands, they remained feudal powers that never evolved the institutions to manage their colonies efficiently and professionally.

Last month in Amsterdam, I was given a copy of Marius van Nieuwkerk’s history of Dutch Golden Glory: The Financial Power of the Netherlands through the Ages (2006). This wonderful gem of a book, beautifully illustrated, attributed the rise of Holland as a conquest of man over water. As we all know, Holland has only a population of 16.6 million, in an area 20% larger than the island of Taiwan, ranked 17th in the world in terms of GDP, and 14th in terms of GDP per capita, at US$46,100 just behind the United States (US$50,000) and Japan (US$46,700), but ahead of old rivals, UK (US$38,600).

Historically, because of constant flooding in its low-lying land, the Dutch learnt to work cooperatively to build dykes, through “poldering” – constant irrigation, drainage and pumping of water. Thus, in their constant struggle against flooding and weather risks, the Dutch developed their infrastructure cooperatively, learning how to manage risks through precaution (high savings), consultation (constant feedback) and inspection (maintenance of strict standards). To do so, they built highly inclusive, flexible and innovative institutions that opened up to global trade.

Their constant struggle against water meant that the Dutch had superior shipbuilding technology, drawing on timber from the Baltic areas and arbitraging the trade with northern Europe. By 1598, the Dutch had established the first Insurance Chamber, the largest trading company by 1602 (VOC), and forerunner of the first central bank, the Amsterdam Exchange Bank in 1609, Merchants Exchange 1611, and Grain Exchange in 1616.

The VOC, which had trading monopoly for the East Indies in the spice trade, was so profitable that between 1602 and 1796, the average dividend was 18.5% annually! Indeed, the Dutch were successful because they were not only good traders, but also insurers and bankers to the rest of Europe. One tends to forget that as late as 1750, 30% of the share capital of the Bank of England was owned by the Dutch.

What is remarkable about the Dutch model is not that it has not been taken over by other larger powers, but its sustainability and durability. The Dutch runs one of the largest pension funds in the world, and a recent study has shown that there are over 400 Dutch companies with over a century of history, including one that survived from1530. It goes to show that a country may be small, but through thrift, hard-work, openness, and good governance, the country could succeed despite the odds.

There is much that the East has still to learn from the West. No history is a straight line, and there is nothing inevitable about success or failure. Whether it is Abenomics or Likenomics, the key to sustainable and inclusive growth is about strong social institutions with the right checks and balances.